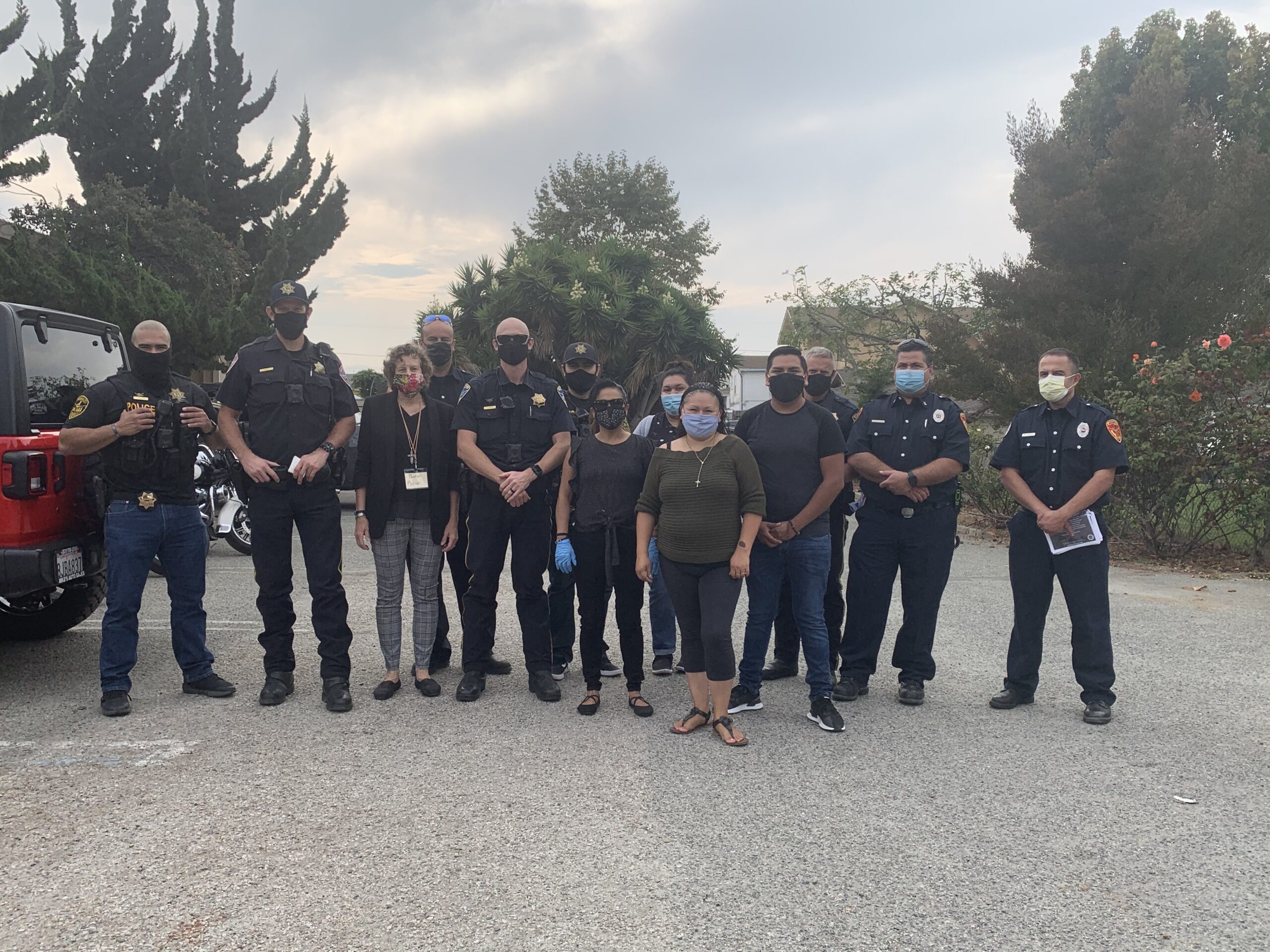 Despite the many challenges and hurdles we’ve faced this year from COVID-19, the City of Watsonville at Pastor Robin’s urging still found a way to bring National Night Out (NNO) to our community.  Usually held on the first Tuesday in August, this year the event was moved to Tuesday, October 6th.  City staff led by the Recreation Department, with help from several local school principals, offered a series of online public safety videos.
Watsonville PD gave an inside look at how their K-9 unit is trained to sniff out the bad guys, how advanced technology is being used to keep officers safe during some of the most dangerous situations, and the dos and don’ts for pedestrians and drivers.   In addition, the Fire Department offered an exclusive tour of Fire Station 1, including a peek at one of the largest fire trucks you’ll see around town.  An online quiz for the kids resulted in many gifts and prizes.
Over 2,500 people viewed this video series across the city online platforms.
In addition, our church jumped in to offer 200 free “to-go” homemade Mexican dinners that night in a drive-through giveaway to some of our neighbors and friends, assisted by officers from both the Watsonville Police and Fire Departments.  What a great opportunity to serve our community!