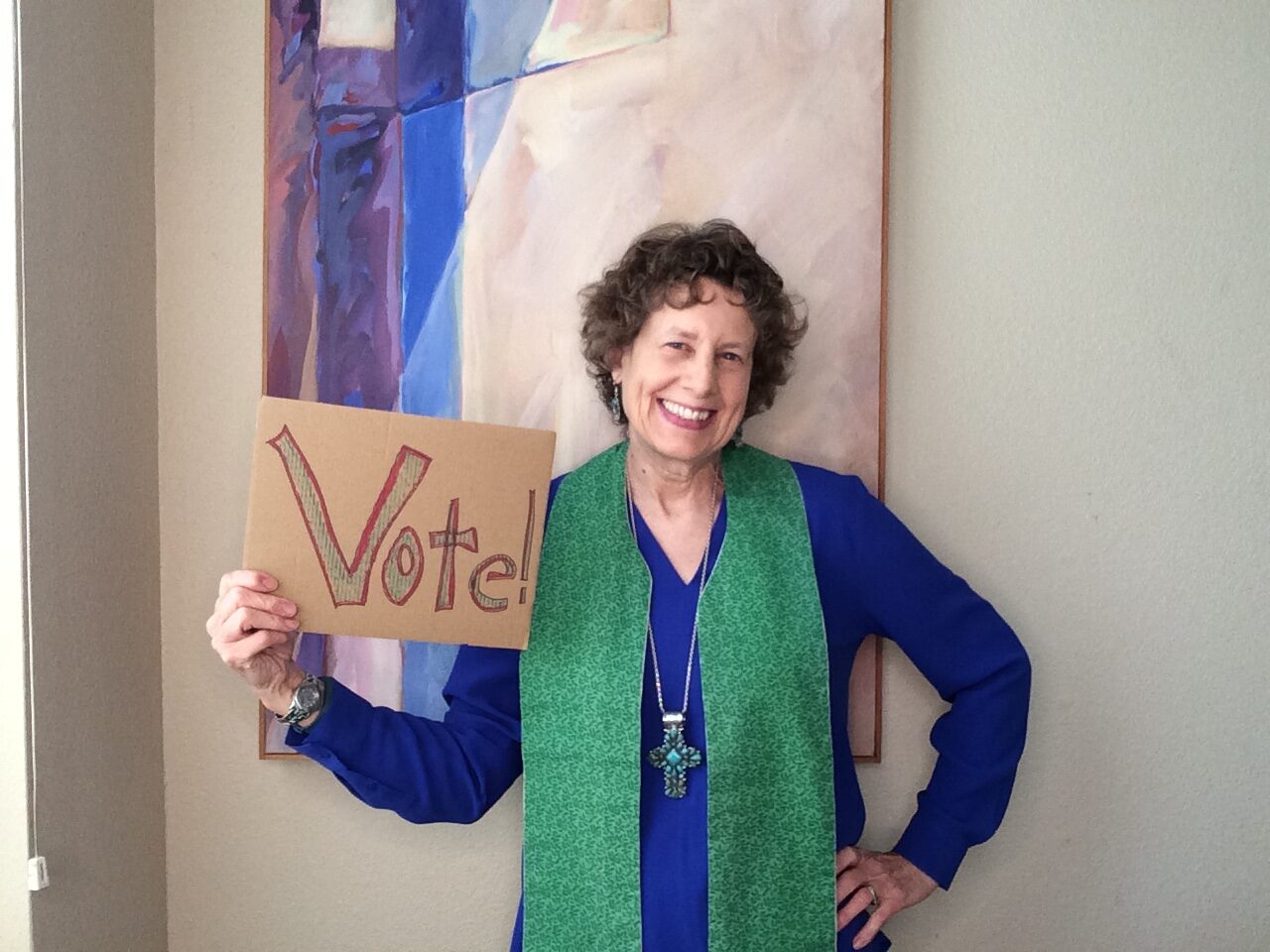 “Let your yes mean yes and your no mean no.  Anything more than this comes from the evil one.” Matthew 5:37

I’ve always figured that politics was strictly taboo in a church setting, didn’t you?  We United Methodists are a free-thinking and definitely non-partisan denomination that welcomes just about everybody into the fold.  Our mission is making disciples of Jesus Christ for the transformation of the world, and we’ve been working on it as a congregation here in Watsonville since we started on the banks of the Pajaro River back in 1852.  Unlike others, we’d never in a million years—at least in my lifetime—tell you how you must mark your ballot.

So, what does politics have to do with our faith, anyway?  A lot!

I’m sorry to burst your bubble, but here’s what historians say.  The people called Methodists have been actively involved in social and political matters from their founding in 18th century England.  Methodists were among the primary advocates for the abolition of slavery across the British Empire, the organization of labor unions to protect workers from dangerous working conditions, the ending of the debtors’ prison system, and the creation of new systems of care for poor children.  (umc.org)  Cool, huh!?

Given this heritage, we Methodists have continued to advocate for other social or political issues since that time – women’s suffrage (i.e. right to vote,) temperance (abstinence from alcohol,) civil rights, health care and care for the environment, to name a few.  In other words, believers like us have been stirring up political trouble for a long, long time!   And I believe that’s a good thing.

As one preacher puts it, politics, (or política in Spanish,) is about people and the relationships between people or groups of people.  Life itself is political, and there is virtually no decision we can make, nothing we can say, no action that we take that does not have political consequences, for we do not live in isolation from other people.  When I sneeze, my neighbor catches cold.  Or the coronavirus.

Honestly, the way I see it, there’s no part of our lives that isn’t concerned with politics, one way or the other.  And when I say politics, I don’t mean mud-slinging or other vicious rhetoric.  I mean exercising our democratic right and privilege to vote our conscience.  In my mind, it’s another version of asking ourselves, “What would Jesus do?”  (WWJD)

And maybe, just maybe, with this approach we can make this whole presidential election season better than it is.

Let’s keep in mind the advice that John Wesley (founder of the UMC) wrote in his journal on October 6, 1774 in reference to the British Parliamentary elections held in the fall of that year: “I met those of our society who had votes in the ensuing election, and advised them, 1. To vote, without fee or reward, for the person they judged most worthy: 2. To speak no evil of the person they voted against: And, 3. To take care their spirits were not sharpened against those that voted on the other side.”

As Rev. Susan Henry-Crowe, General Secretary, General Board of Church of Society of the United Methodist Church explains, “Voting is a matter of faith, citizenship and democracy.  It is a kind of prayer and faithful testament to the belief that every citizen bears a responsibility and equal right to determine the future of governance in society.”

I think they’ve got it right.