Despite the many challenges and hurdles we’ve all faced this year, we still found a way to bring NNO to you!
Join us on Tuesday, October 6th for a series of public safety videos hosted by Watsonville Police and Fire Departments.
WPD will give you an inside look at how their K-9 unit is trained to sniff out the bad guys, how advanced technology is being used to keep officers safe during some of the most dangerous situations and the dos and don’ts for pedestrians and drivers.
We’ll also be taking you on an exclusive tour of the Watsonville Fire Station 1 and giving you a peek at one of the largest trucks you’ll see around town.
This virtual event kicks off at 3 p.m. with a Facebook post every half an hour until 6 p.m.
Videos will be streamed on the City of Watsonville, Watsonville Police Department, Watsonville Fire Department and Watsonville PAL Facebook pages.
You’ll also have the opportunity to enter a raffle by participating in a short trivia quiz following the videos. The winner will be announced during a Facebook Live on Watsonville Police Department’s page on Friday, October 9th at 4 p.m.
Trivia Rules:
1. Must be a resident within the city of Watsonville limits.
2. 1 Submission per person in the household.
3. Must watch all safety videos.
4. Must answer all the questions in order to qualify. 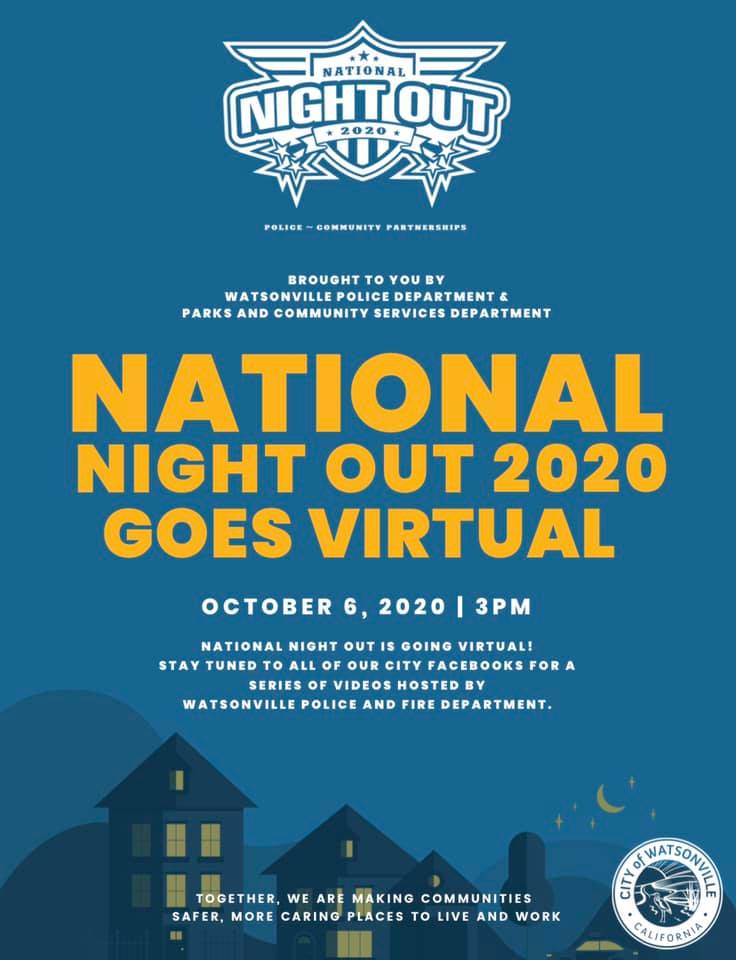